At a glance: Handicapping the nine golf courses at the Pinehurst Resort

VILLAGE OF PINEHURST, N.C. -- With nine golf courses, it's tough to play all 162 holes at the Pinehurst Resort, especially if you're planning to play elsewhere around the Carolina Sandhills.

Pinehurst Resort boasts nine courses to choose from, including No. 1, shown here.
«

While U.S. Open and U.S. Women's Open host Pinehurst No. 2 is well known and discussed at length, the other seven golf courses have their own story to tell. More than a century of history binds the courses, which were built between 1897 and 2005.

Common themes among them is that walking is always allowed and caddies are always available. It's also tough to find any boring green complexes among them, as even the courses built after Donald Ross' death pay tribute to Ross-style crowned, elevated greens.

Here is a snapshot of the golf courses at Pinehurst Resort, which may help you narrow down which to book and which to set aside for another trip.

Pinehurst No. 1 was originally built before Ross arrived, but it bears much of his style after he redesigned the course in 1913. It's just 6,093 yards, but short game flaws have nowhere to hide on the course's crowned, often elevated greens. It's a favorite of members, who can get around the course fast.

The masterpiece of the nine Pinehurst Resort courses, Pinehurst No. 2 was the second course to be built. But Ross, who had a house off the third green, constantly tweaked and tinkered with it until his death in 1948. Famed No. 2 is the most requested and most expensive to play, so if you're not a checklist golfer, you may want to pass it up for one of the other seven.

But history and design buffs and U.S. Open fans won't want to miss this lesson in golf course design, especially around the greens. Bill Coore and Ben Crenshaw restored the course leading up to the 2014 U.S. Open and U.S. Women's Open. The sandy waste areas that have replaced rough have given the course an iconic look and unique playing style - not to mention a more green, water-friendly approach to maintenance.

Pinehurst No. 3 is the shortest of the resort courses at just 5,682 yards and has just two sets of tees. Don't expect a pushover, though. The greens are the smallest on the property and are usually crowned and heavily bunkered. The fairways are usually narrow and have some sharp doglegs.

Playing beside No. 2, Pinehurst No. 4 is the most different and modern of the five courses that play out of the main clubhouse. Despite originally opening in 1919, it's technically the newest now, as it was entirely rebuilt and redesigned by Tom Fazio leading up to the 1999 U.S. Open. Now with large waste bunkers, dramatic land contouring and some wide open spaces, it rivals No. 2 and No. 8 as a favorite at the resort.

Pinehurst No. 5 was the first course at Pinehurst Resort that wasn't designed by Ross. Opened in 1961, Ellis Maples, Ross' successor, built the course. In 1974, Robert Trent Jones Sr. boosted the course up to a more modern notch, which now plays 6,848 yards -- long enough to host some of the resort's top tournaments.

The first of the golf courses to be built beyond the main clubhouse, Pinehurst No. 6 was designed by George Fazio and his nephew Tom and opened with a new phase of real estate in 1979. The rolling land is at times more undulating than anything at No. 1 through No. 5. Tom Fazio returned in 2005 to renovate the course, which now plays 6,990 yards -- still tough enough to host area collegiate events.

Built with another new phase of real estate, Rees Jones designed Pinehurst No. 7, which opened in 1986. Of the nine courses, this has the most severe property on the site and features a lot of elevated tees and greens and wetlands in lower points. Shots are played uphill as much as they are downhill, giving the course a reputation as possibly the toughest play outside of Pinehurst No. 2's U.S. Open tees.

Built on the site of the former Pinehurst Gun Club, where Annie Oakley used to show off her sharpshooting, Pinehurst No. 8 is the most spacious and scenic of the nine courses, set on 450 acres with no residential development attached. Tom Fazio designed this course in 1996, and there are no parallel fairways, giving the course the most exclusive, quiet ambiance of the nine.

Just prior to the 2014 U.S. Open, Pinehurst announced the purchase of nearby National Golf Club, a semi-private Jack Nicklaus design built in 1989. It's been officially renamed "Pinehurst No. 9" and is available to resort guests and Pinehurst members.

Brandon Tucker is the Managing Editor for Golf Advisor. To date, his golf travels have taken him to over two dozen countries and over 500 golf courses worldwide. While he's played some of the most prestigious courses in the world, Tucker's favorite way to play the game is on a great muni in under three hours. Follow Brandon on Twitter at @BrandonTucker and on Instagram at BrandonTuckerGC. 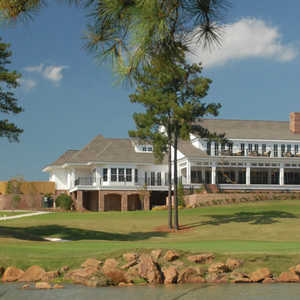 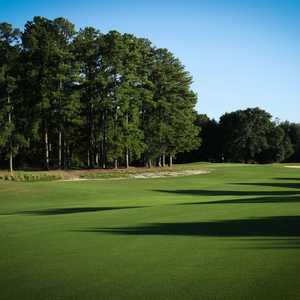 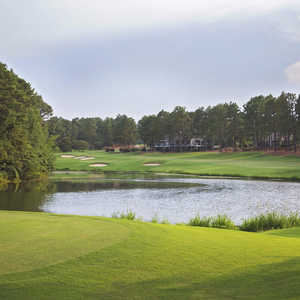