By My Nguyen, Contributor

Charlotte, North Carolina is known for its PGA Tour-worthy private courses like Quail Hollow. But where does the public go for a challenge?

Wetlands border Rocky River Golf Club, one of the top-rated courses in the Charlotte area.
«

(based on 1 reviews)
See all reviews | Submit your rating

Rocky River Golf Club was carefully carved from lush, rolling hills and natural wetlands with the intent of preserving the beautiful terrain as much as possible. The course flows across the dramatic natural contours of the land, providing holes with plenty of elevation changes. Running alongside the rolling fairways are winding ribbons of native wetland grasses that weave through rocky outcroppings.

Rocky River Golf Club in Concord, N.C., has a layout that stands out as a test for even low-handicappers like GolfNow user twoxhio, a local golfer who frequents the area's courses and has played everything from Verdict Ridge Golf & Country Club to Larkhaven Golf Club. He describes the conditions at Rocky River as pristine and the course as a "great track with different tees that offer fair play to all."

Rocky River is located less than a mile from the Concord Mills Mall and the Charlotte Motor Speedway. Despite the seemingly busy location, the course feels like anything but with the namesake river bordering the perimeter and natural wetlands interspersed through the layout.

A majority of reviewers on GolfNow rated the course as challenging, with low-handicapper tmathesctcnet warning to "stay out of the rough ... it can add strokes to the round with its thickness." The rough, backed by a mix of wetland grasses, adds a links feel to the course.

Made up of a mix of wetland grasses, the rough adds a links feel to the course. The landscape has a rugged quality to it that is perfectly accented by a large boulder on the par-5 third hole. Too large to move during construction, it now provides intimidation off the tee.

For sbhamorn, a 10-handicapper who is also no stranger to golf in Charlotte, the "pin placements make the course very challenging," and he warns that the layout "is definitely not for high handicappers," but he still says he would "highly recommend the course to any enthusiastic golfer." He's a local golfer who has also reviewed Charlotte courses Larkhaven and Olde Sycamore Golf Plantation.

Designed by course architect Dan Maples, the Rocky River layout winds across rolling terrain, while the greens are also undulating. You'll face water on a few holes, but the tougher challenges come from the strategically placed bunkers that are positioned along both the fairways and greens.

The course may be tough, but as cobbcat, who defines himself as an intermediate player, notes there are a "variety of teeing options to make it as easy or challenging as you'd like." The championship set of tees play to 6,970 yards, while the shortest tees play 4,754 yards.

Many reviewers comment on the greens at Rocky River, which were replaced with new MiniVerde Ultradwarf Bermuda in 2012. This surface is used on many PGA Tour venues, including the host of the annual Tour Championship, East Lake Country Club in Atlanta. Charlotte golfer dmdad played the course in November and would recommend it, saying the "greens were nearly perfect ... the roll was true and smooth."

The practice facility at Rocky River includes a driving range with 30 grass teeing stations and four target greens, as well as putting and chipping greens. Owned by the city but managed by Embassy Suites, special stay-and-play deals are available to out-of-town golfers.

My Nguyen has been writing for the Golf Channel's TravelGolf Network since 2008. She has written about hundreds of golf courses throughout the U.S., Canada, and Mexico, as well as many courses in Europe. 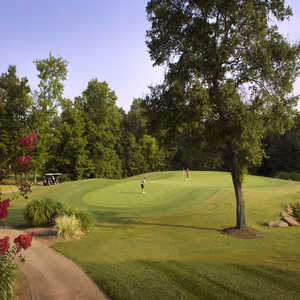 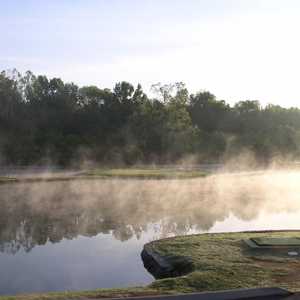 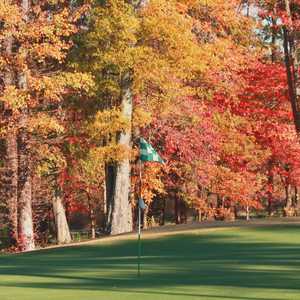