SUNSET BEACH, N.C. -- If you're planning a trip to Myrtle Beach, there are certain must-play courses that come to mind. The Mike Strantz-designed Caledonia Golf & Fish Club in Pawley's Island, S.C., is one of them. King's North at Myrtle Beach National might also be on the list, as well as Dunes Club and the courses at Barefoot Resort.

Thistle is well worth the drive north from Myrtle Beach.
«

When you get there, you might be even wondering if it's even open to the public, with its gated entry and drive to its large Scottish-style clubhouse, complete with a covered bag drop.

But, yes indeed, this former semi-private club, originally designed certainly as an amenity to an upscale residential community and purchased from TD Bank in 2013 by Jack Davis and family, is strictly open to the public.

If you arrive early enough, you might be welcomed by the sounds of bagpipes, played by local musician Kevin Mulholland, who can be found around the first tee and practice green on many weekends. It's a sound that complements the club's look, from the clubhouse to the fescue mounds found throughout the 27-hole layout, to the artifacts found inside the clubhouse.

The club got its name from its original owner, Rusty Mackey, who was inspired by a Scottish golf society started in 1815. He not only named the club after the society but imported numerous artifacts from Scotland and London to put in his new $10 million clubhouse, which opened in 1999. Among them is a copy of the handwritten rules of the original Thistle Golf Club (whose members played on the Links of Leith in Edinburgh, Scotland) as well as handwritten letters from some of its members. All of this certainly contributes to the old world ambiance inside the clubhouse, which features paneling in the pool room imported from Great Britain as well as quarried stone and red brick on the outside.

The course also has a bit of a Scottish look to it as well, although calling it links would certainly be a stretch. It certainly has sort of a windswept look, highlighted by bunkers that can be deep at times but also define the look of the course.

The three nines, which can play as long as 7,200 yards in 18-hole configurations, were designed by architect Tim Cate, who penned several courses in the area, including the well-regarded Tiger's Eye Course just up the road in Ocean Isle Beach.

Thistle Golf Club really has all the elements: water, bunkers, slick greens and pretty much perfect fairways. Thistle's MacKay Course has the most trees, while the Stewart Course and Cameron Course are a little more wide open. In all cases, fairways are generous, and there are five sets of tees, ranging from around 2,200 yards to nearly 3,600 yards on each nine.

The course, however, generally plays longer than its yardage, so be careful when choosing tees.

"You never get a lot of roll out here," Thistle Head Professional Dustin Powers said. "And the wind always seems to be whipping up. I tell people expect the course to play about 300 or 400 yards longer than its yardage."

There are two holes with island greens -- the 183-yard fourth on the Cameron Course and the 404-yard, par-4 second on the Stewart Nine. There are huge waste bunkers, some with steps to get in and out of it, lots of doglegs around water and good risk-reward opportunities, especially on the par 5s.

Two-thirds of the greens are L-93 bentgrass, but that's changing. In 2014, the MacKay Course got new Tif-Eagle Bermuda greens. The change allows superintendent John Pridgen, who grew in the course, to keep green speeds up in the summer. The plan is to convert the other two nines -- while maintaining 18 open holes -- during 2015.

Mike Bailey is a senior staff writer based in Houston. Focusing primarily on golf in the United States, Canada, the Caribbean and Latin America with an occasional trip to Europe and beyond, he contributes course reviews, travel stories and features as well as the occasional equipment review. An award-winning writer and past president of Texas Golf Writers Association, he has more than 25 years in the golf industry. Before accepting his current position in 2008, he was on staff at PGA Magazine, The Golfweek Group and AvidGolfer Magazine. Follow Mike on Twitter at @MikeBaileyGA and Instagram at @MikeStefanBailey. 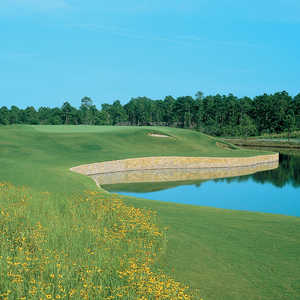 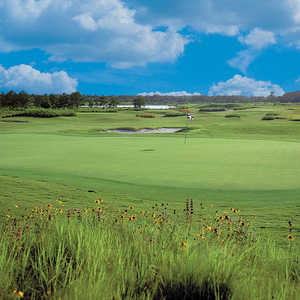 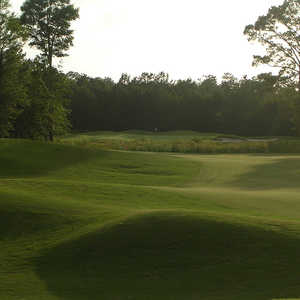