BOLIVIA, N.C. -- Fred Couples was, and still is, one of the most popular players on the PGA Tour. Although less well known, his golf course design work with Gene Bates is also gaining numerous fans and accolades.

Carolina National Golf Club, a 27-hole gem that opened in 1997, is the only Couples signature design on the Grand Strand. Also unique among "Grand Strand" courses, Carolina National combines elevation changes, wetlands and plenty of mature timber, making it a Carolina must-play that will remain in your memory bank long after you leave.

In case that last paragraph was confusing, let me explain. Yes, the "Grand Strand" includes golf courses in North Carolina, 34 courses in tranquil Brunswick County, to be exact. This is a large portion of the courses generally attributed to the Grand Strand –- up to one-third of them, in fact -- and all of them are included in the various golf and travel packages generally associated with Myrtle Beach.

Carolina National lies less than an hour away from North Myrtle Beach, but it seems a world away from the typically flat, sometimes indistinguishable Myrtle Beach courses farther south, along with the hubbub of Myrtle Beach.

Carolina National Golf Club sits along the Lockwood Folly River and is composed of three nine-hole courses, the Ibis, Heron and Egret, which can be played in three different combinations, all of which are balanced nicely in terms of yardage, course rating and slope from all five tee boxes available on each course.

Despite the isolation of the holes, which run out and back in three cloverleaf-like loops through low-country forest and wetlands, the multiple tee boxes, generous fairways and thoughtfully placed "miss" areas allow players of all abilities to enjoy the picturesque track without getting too frustrated.

I played the Heron-to-Ibis combination of Carolina National, which ranges from 4,539 to 6,961 yards; however, I began somewhat atypically on the Ibis nine, playing the gold (6,490 yards) tees.

It was clear from the beginning why most groups start off on the Heron nine. The tee shot on the par-5 first on the Ibis nine is an intimidating shot through dense trees, with bunkers on the right side of the fairway and some hidden water as well. You really need to place your tee ball well for even a reasonable lay-up on the second shot.

The 167-yard fifth is a sublime par 3 with a tee shot over wetlands to a green complex buttressed with railroad ties. The Lockwood Folly River stretches behind the green, in all its wild and reedy glory.

The 394-yard ninth hole of the Ibis is perhaps the most memorable of all the 27 holes at Carolina National. A massive waste bunker runs nearly 300 yards down the center of the hole with a fairway on either side. From the left fairway, the approach is shorter but over water. From the right, you'll need to clear the large greenside bunker. According to head PGA professional Phil Smiley, when Couples got to this hole at the grand opening, he said, "What the **** is this?" It seems that this hole is "all Gene Bates" (and I liked it a lot).

Making the turn to the Heron nine, you'll find a somewhat more forgiving set of tee shots than on the Ibis, and a similar routing that wends its way to the edge of the Lockwood Folly River.

It is at the 203-yard fifth where the river and the forgiving nature of the Heron collide, and forgiveness loses. Here, the tee shot is slightly uphill to a small hourglass green, tipped on its side. Two-thirds of the tee shot is carry over wetlands into the prevailing wind, and the left end of the green is perched directly above railroad ties and wetlands. There is bailout room to the right of the amoebic green complex, but given the shape and contouring of the green, anything right or even just long makes for a tricky up and down. Just remember: if you rinse your tee shot, there's a drop area on the far side.

The Heron winds down with two tough tee shots, on the par-4 seventh and par-5 ninth, requiring draws that must flirt with water to find an A-position in the fairway. Hit a fade on either of these holes, and you'll find trees, water or both. The 587-yard closer not only has a demanding tee shot to the narrowest fairway on the course, but also runs slightly uphill to a green fronted by a cavernous, 8-foot-deep bunker. It's a true three-shotter.

Visitors to the Grand Strand could play dozens of courses on their visit to the area. If they play Carolina National, it will be the one they will remember best.

Carolina National is unlike anything I've seen from Myrtle Beach to Brunswick County, N.C., in its combination of playability, challenge and natural beauty. The elevation changes and mix of wetlands and woods lends impressive visual appeal.

This summer, the greens on the Heron and Egret nines will be redone with Champions Bermuda grass, and next summer the Ibis will follow suit. After this switch, the already fast and true greens will be easier to care for and even more consistent.

Rates range between $65-$92, including cart, but are rarely that high, as there are so many specials and package deals available.

The clubhouse is richly appointed, with a fully stocked pro shop, excellent staff and a lovely screened-in porch behind the grill and bar, perfect for relaxing in and enjoying drinks or a meal.

From now on, when I hear James Taylor sing the line, "In my mind, I'm going to Carolina ... " this is the place I'll be imagining.

Kiel Christianson has lived, worked, traveled and golfed extensively on three continents. As senior writer and equipment editor for WorldGolf.com, he has reviewed courses, resorts, and golf academies from California to Ireland, including his home course, Lake of the Woods G.C. in Mahomet, Ill. Read his golf blog here and follow him on Twitter @GolfWriterKiel. 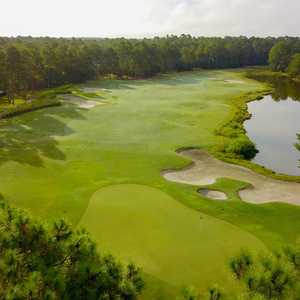 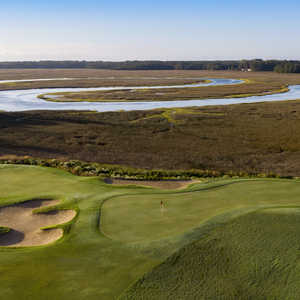 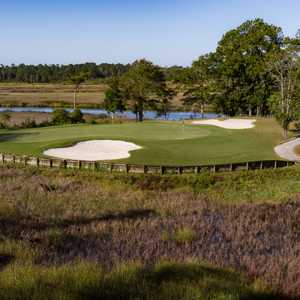